The Chilean architect of Croatian origin Smiljan Radić and his partner Marcela Correa, a Chilean sculptor, are creating a unique artistic project for this charismatic place.

permanent from 17/10/2020 // Mrgari sheepfolds Ljubimer above Baška, island of Krk

A charismatic place where outstanding anonymous works of old architecture (sheepfolds – mrgari) come to life with a contemporary artistic intervention.

The wind and sun have shaped the nature and life on the high and rounded ridges above Baška for centuries. In order to at least partially subdue this wild environment people have built a sophisticated system of seemingly endless walls and fences which limit the movement of flocks and protect the cultivated plants from the harsh weather conditions.
Just above Baška and its magical beach Vela plaža there is the place known as Ljubimer from where there stretches a magnificent view over the sea straight to the island of Prvić and the mountains of Velebit. Ljubimer is one of the characteristic stone structures of this area which are called “mrgari.” It is a primitive, however, at the same time, sophisticated system of walls which is reminiscent of megalithic monuments. These mrgari are sheepfolds used for the collecting of sheep, which are otherwise free to roam, in order to be sorted according to their owners.

The author of prestigious international status describes its future character like this:
“Sometimes we find anonymous pieces that have been manufactured in strategically chosen places – and later abandoned – by others. They are naturally primitive, part of a lost memory… like the long drystone wall in Baška. In these cases, the reality of the object is as important as discovering it by surprise, as if we were the first explorers to come across it. We consider it as an anonymous work purposefully left on the hill, and after that, the decisions are about fragility: of material and size.” 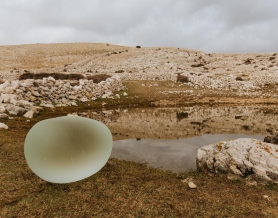 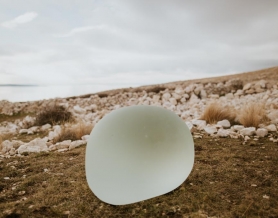 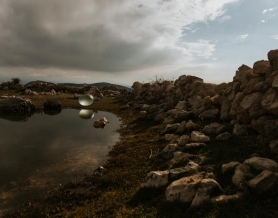 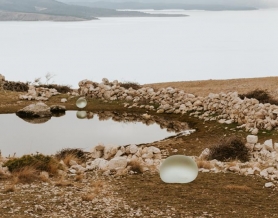 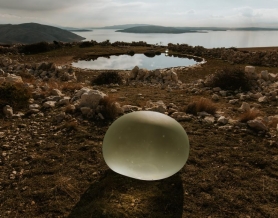